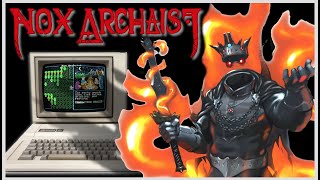 So, the Nox Archaist Kickstarter 2.0 launched a few days ago, and we're already at 325% of our funding target. The game would of course have been produced regardless of the Kickstarter, but the huge success of our crowdfunding means that we're going to have a truly top quality physical "big box" product, just like you bought an Apple II game off the shelf in the late 80s. The icing on the cake is that I spoke with Richard Garriott and he agreed to allow his avatar, Lord Brit

Cats will steal your food.

Voice over and custom music